We are entering the Fourth Industrial Revolution. What knowledge and skills will be required for tomorrow’s workforce and workplace? 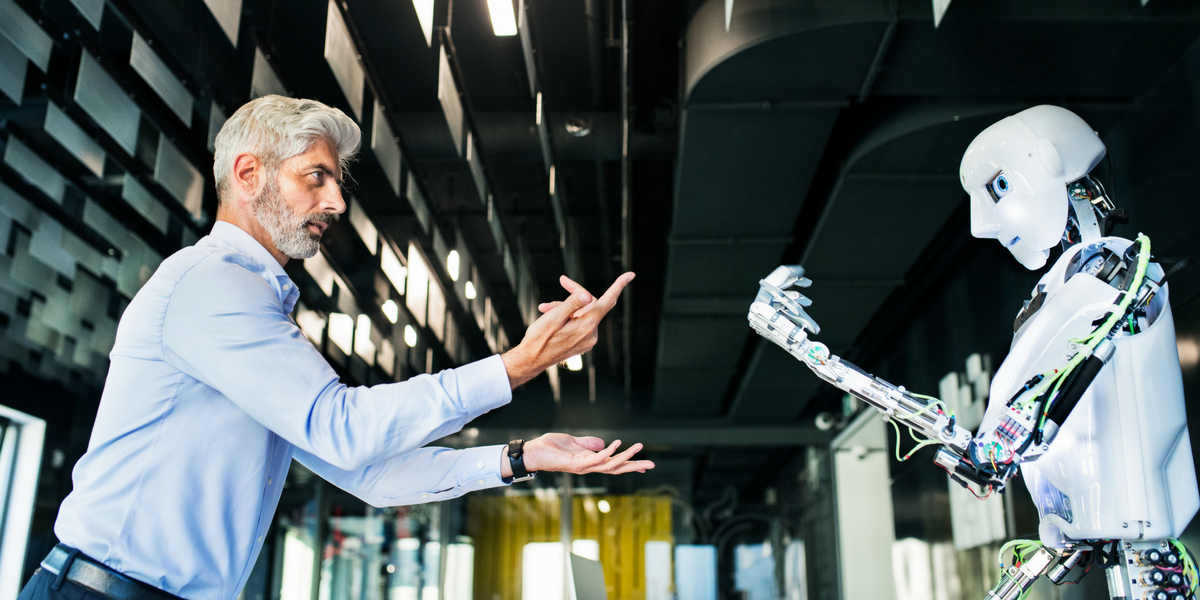 Everywhere I go in recent times, I am locked into discussions about the significant technological, economic, demographic and social changes, defined as ‘megatrends’ by the CSIRO (Hajkowicz, S, Reeson, A et al. 2016) and whether some of today’s jobs will be replaced by Robots by 2030 (Arntz et. al., 2016; Frey and Osborne, 2017; McKinsey, 2017; PwC, 2017). Some of my friends are anxious by the concept, others excited, depending on what industry and or roles they have.

Should we be frightened by this evolution? Or should we be embracing it and developing ourselves to take advantage of the opportunities?

Questions still remain as to whether our risk adverse nature is impeding our ability to seek technology advances, adoption, innovation, and growth (Atkinson and Wu, 2017; Shiller, 2017). After all, we have been through revolutions before and have come out the other side. The Industrial Revolution was technologically driven, and at the time contributed to significant unemployment, before innovation led to better outcomes (Bakhshi, et.al. 2017).

Studies have generally minimised the potential effects of automation on job creation, and have tended to ignore other relevant trends, including globalisation, population aging, urbanisation, and the rise of the green economy.

The (Bakhshi, et.al., 2017) model includes an analysis of the following key trends to determine the bigger picture of work with a theory that the future of work will be influenced by automation equally among other interacting trends including: changing demographics, urbanisation, globalisation, inequality, political uncertainty, and climate change.

Shrinkage or growth of occupations?

They studies forecast that only one in five workers are in occupations that will shrink. This figure is much lower than recent studies of automation have suggested.

Occupations related to agriculture, trades and construction, which in other studies have been forecast to decline, exhibit more interesting and heterogeneous patterns with our research, suggesting that there may be pockets of opportunity throughout the skills ladder.

They forecast that only one in ten workers is in an occupation that is likely to grow.

These jobs are in sectors such as education and healthcare, where the overriding effect of technology is likely to be an improvement in outcomes, not a reduction in workforce. Therefore, as trends such as demographic change raise demand for these services, the prospect for employment is also likely to rise.

They forecast that seven in ten workers are in jobs with where there is greater uncertainty about the future. However, contrasting the negative outlook of other research, our finding indicates that we can do a great deal to help people prepare for the future.

Our findings rank knowledge areas, skills, and abilities that will be in greater demand in the future. These findings, if implemented by educators and employers, can help individuals better prepare for the workforce of the future.

In the US, there is a particularly strong emphasis on interpersonal skills. These skills include teaching, social perceptiveness, service orientation, and persuasion.

In the UK, skills related to systems-oriented thinking (i.e., the ability to recognise, understand, and action complex sets of information), such as judgment, decision-making, systems analysis, and systems evaluation also feature prominently.

Research definitively shows that both knowledge and skills will be required for the future economy.

In US results, knowledge and skills are fairly equally represented in the top half of all features we ranked, according to predicted future demand.

In the UK results, the ranking leans more towards skills than knowledge, but not by a wide margin.

Occupations and their skill requirements are not set in stone. Occupations can be re-designed to pair uniquely human skills with the productivity gains from technology to boost demand for jobs.

For example, we know that eventually, robots will be able to build bridges and diagnose diseases. But humans will retain the unique ability to engineer a bridge and care for a sick child. How we balance those skills with technology productivity will chart the course of our workforce.

The future of work is brighter than you might think.

In Australia there has been a steady and ongoing shift in the labour market that is occurring at the same time as the economy adjusts and diversifies following the mining-boom between 2003 and 2013 and is being reshaped by significant technological, economic, demographic and social shifts, shifts that are ‘disrupting’ business models and substantially changing the way we work and live. Think of the emergence of the ‘gig’ economy (working independently on a task-by-task basis for various employers) and portfolio workers. Combined, these fundamental transformations are known as the Fourth Industrial Revolution (Klaus; 2017).

Just as it has in previous revolutions, the Fourth Industrial Revolution will require new thinking by governments, training providers, employers, and students.

What are the future skills?

Data modelling by the CSIRO for TAFE Queensland determined which skills and abilities are becoming more or less important in the workplace. The modelling indicated that, of the STEM skill set, which included science, technology design, engineering, mathematics, programming, systems analysis, critical thinking and computer use, it was technology design skills that were represented in the jobs with the greatest employment growth, followed by mathematics, computer use, and critical thinking skills. In the communication skills set, made up of active listening, speaking, writing, coordination, service orientation, instructing, and negotiation, the top three skills were service orientation, negotiation, and active listening. In the technical skills set, comprising operations analysis, operation and control, equipment maintenance, troubleshooting, management of financial resources, management of personnel resources, and installation, the findings were less clear-cut, with installation and management of financial resources skills showing greater demand than equipment maintenance, operation and control, and operations analysis skills

So, what about the jobs for tomorrow?

With innovation happening so rapidly and disrupting many industries, it is likely no-one will be spared. Many jobs will appear quite different in 13 years-time and employment will be driven by technology design skills. Many of the manual roles will be replaced. Examples of this exist today. Supermarkets have begun removing cashiers, Banks have replaced cashiers with machines inside walls, car making factories have begun testing driver-less cars, robots are laying bricks and mowing lawns.

Businesses who recognise that they need to get ahead of the curve, will seek the assistance needed to educate themselves and their staff to best position themselves to not only survive but capitalise on the opportunities that will present themselves in a rapidly changing globalised economy. Whilst individuals should up-skill in the areas that will best position them for the Fourth Industrial Revolution, making them not only valuable locally, but globally.